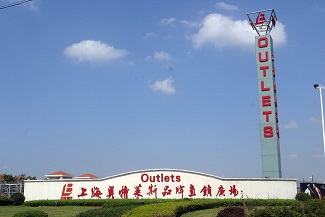 Depart from the downtown of Shanghai at 8:00 a.m. and visit Zhujiajiao Ancient Town for appreciating authentic water town landscape and tasting delicious food. After lunch, visit the Fuquanshan Site, which consists of 154 tombs of Song Dynasty, Tang Dynasty, Han Dynasty, the Warring States Period, the Liangzhu Culture and the Songze Culture, altars of the Liangzhu culture and remains of residences of the Songze Culture. Go shopping in OUTLETS and go back to the downtown of Shanghai.

Fuquanshan, also named Fuchuanshan and Xuedaoshan, is situated in the central area of Chonggu Town. It is an irregular rectangle-shaped tomb that is 94 meters long from east to west, 84 meters wide from north to south and 7.5 meters in height. Archeological excavation showed that it is a typical tomb in marshland in the ancient Taihu Lake region, and overlying remains in the past 6,000 years are preserved well, including remains of the Neolithic Age, the Majiabang Culture, the Songze Culture, the Liangzhu Culture and the Warring States Period. Archeologists praised the Fuquanshan Site as an “Oriental Soil Pyramid”, “Timeline of Ancient Shanghai” and “Birthplace of Shanghai”. The Fuquanshan Site became a Major Historical and Cultural Site Protected at the National Level by the State Council on June 25, 2001. It is the only site of primitive cultures in Shanghai that becomes a Major Historical and Cultural Site Protected at the National Level. The Fuquanshan Site became a Demonstration Base of Science Education in Qingpu District in December 2006, a Patriotism Education Base (approved by Shanghai Municipal Government) in 2010 and a AAA Scenic Spot of China in the same year.

Bailian Outlets Plaza is a large-scale modern international shopping mall. Situated 200 meters from the Zhaoxiang Exit on Huqingping Highway, it neighbors to Shanghai Sheshan National Tourist Resort in the south and Dianshan Lake, Zhujiajiao Ancient Town and Zhouzhuang Ancient Town in the west. The OUTLETS is only 26 kilometers from the People’s Square in the downtown of Shanghai; it takes only 30~40 minutes by car to get there. The OUTLETS is situated in the center of a highway network consists of Tongsan Highway, Huqingping Highway, Jiading-Jinshan Highway, Shanghai-Nanjing Highway and Shanghai-Hangzhou Highway. Thanks to its excellent location, the OUTLETS attracted consumers in Shanghai, Jiangsu and Zhejiang provinces to go shopping. The OUTLETS covers an area of 160,000 square meters and a total floorage of 110,000 square meters. There is a large parking lot which could contain over 1,200 motor vehicles and an underground parking lot which could contain 500 vehicles and have parking spaces for tourist bus.